Platform
Solution
Partners
Resources
Use Cases
Retail Automotive Railway Manufacturing Telecommunications Oil and Gas Transportation & logistics Agriculture Healthcare Smart cities
Blog
News Articles Team Stories
FAQs
Сompany
About Us
Careers
Demo
Log in
Risks
What are Edge Security Risks?
Edge Nodes, IoT Devices and IoT Gateways are often deployed far outside a centralized data infrastructure or data center, making it vulnerable to malware, DDoS, botnets, and other threats. It is significantly harder to monitor Edge/IoT infrastructures from both a digital and physical security standpoint.
800B+ 2020
2T+ 2021
Number of detected IoT
attacks have tripled
each year
The growing number of Edge computing security risks pose severe threats for organizations with vulnerable Edge security architectures, including:
“If the past 12 months have taught us anything, it is that cybersecurity can no longer be an afterthought, but must be made a priority throughout every industry” — threatpost.com
IoT attacks are the biggest security concern 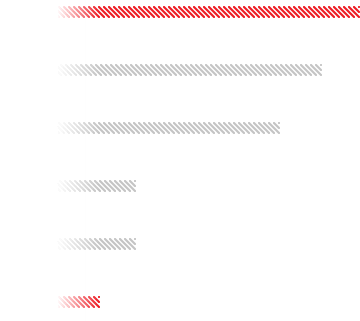 33%
Attacks on IoT devices that may
impact critical operations
32%
Lack of skilled personnel to
implement IoT security
31%
Protecting sensitive data generated by an
IoT device (encryption, tokenization, etc.)
27%
Identifying or discovering sensitive data
generated by an IoT device
27%
Loss or theft
of IoT devices
26%
Lack of security frameworks and
controls within the IoT environment
Solution
What is the Solution?
AI EdgeLabs is a powerful and autonomous cybersecurity AI platform that helps security teams respond immediately to ongoing attacks and protect Edge/IoT infrastructures against malware, DDoS, botnets, and other threats. AI EdgeLabs delivers cybersecurity measures by bringing network visibility, early threat detection, and automated incident response in the Edge and on-prem environments. To deliver advanced cybersecurity capabilities at every layer of the Edge architecture, we leverage artificial intelligence and reinforcement learning models.
Network Visibility

Selection of next steps for threats for easy acceptance, mitigation, and remediation of risk vulnerabilities. Individual or bulk support for lifecycle disposition;

Robust security audit reports and posture based on assets with clear recommendations on how to solve specific security issues.

Threat monitoring based on the latest behavior-based analytics.

Scope mapping of MITRE ATT&CK by the security team.

Threat history and research based on historical data.

Integrations with Jira, Slack, Splunk, and other SIEM systems.