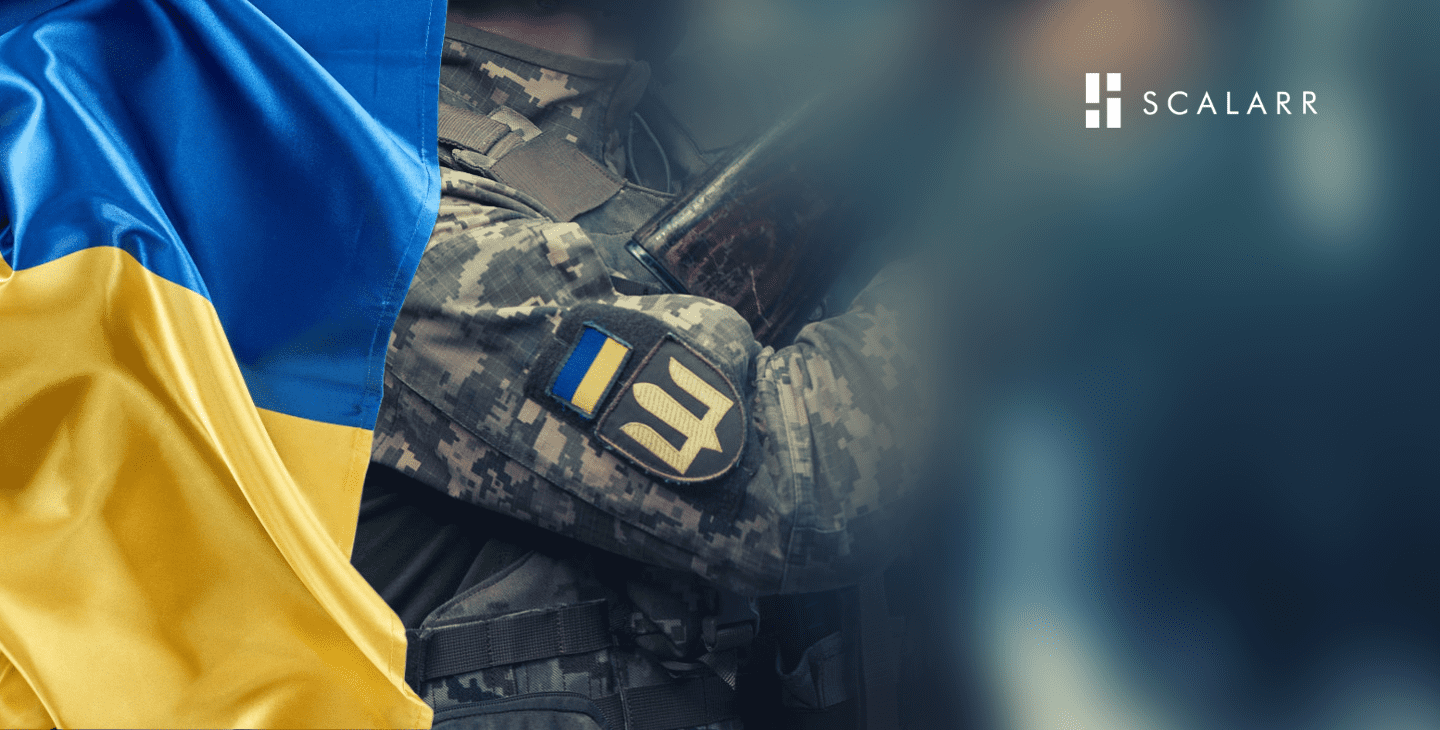 Defender’s Day of Ukraine - We Support the UA Army

Today, Ukrainian defenders, both men and women, embody the heroism and bravery that is characteristic of the nation; everyone is defending the ideals of freedom, standing for statehood, and most of all, fighting for independence and the right to live in peace.

Back on October, 14, 2014, Ukrainian President Petro Poroshenko signed a law that made "Defender of Ukraine Day" a new holiday. Ukrainians have been celebrating Defenders Day since it was formally established in 2015 to remember the country's military heroes, with marches in cities across the country on October 14 and enjoying the day off.

The creation of this holiday was prompted by Russia's illegal annexation of Crimea in 2014 and the outbreak of conflict with Kremlin-backed separatist rebels in the eastern Donbas region.

The holiday takes on special significance nowadays, at a time when the country is facing one of its hardest trials in recent history, the fierce aggression from Russia who declared an unprovoked war against peaceful Ukraine. As the military struggles for independence from the Russian aggressor—every Ukrainian pays tribute to the brave men and women who gave their lives for Ukraine's right to sovereignty and territorial integrity.

For us at Scalarr, where a majority of employees are Ukrainians who have suffered first-hand the effects of this horrific war, pay special tribute to the fellow men and women who are bravely defending our country every day with more intelligence and might than Russians ever believed possible. Our resilience has made headlines across the world, resonating with people from all walks of life.

To take an active part in the fight and contribute as much as possible, the Ukrainian Scalarr workforce has engaged in multiple acts of volunteer work, donations, and evacuation efforts. Recently, we surveyed our team to see the different ways they are supporting Ukrainian defenders in honor of this day. Here are the results: 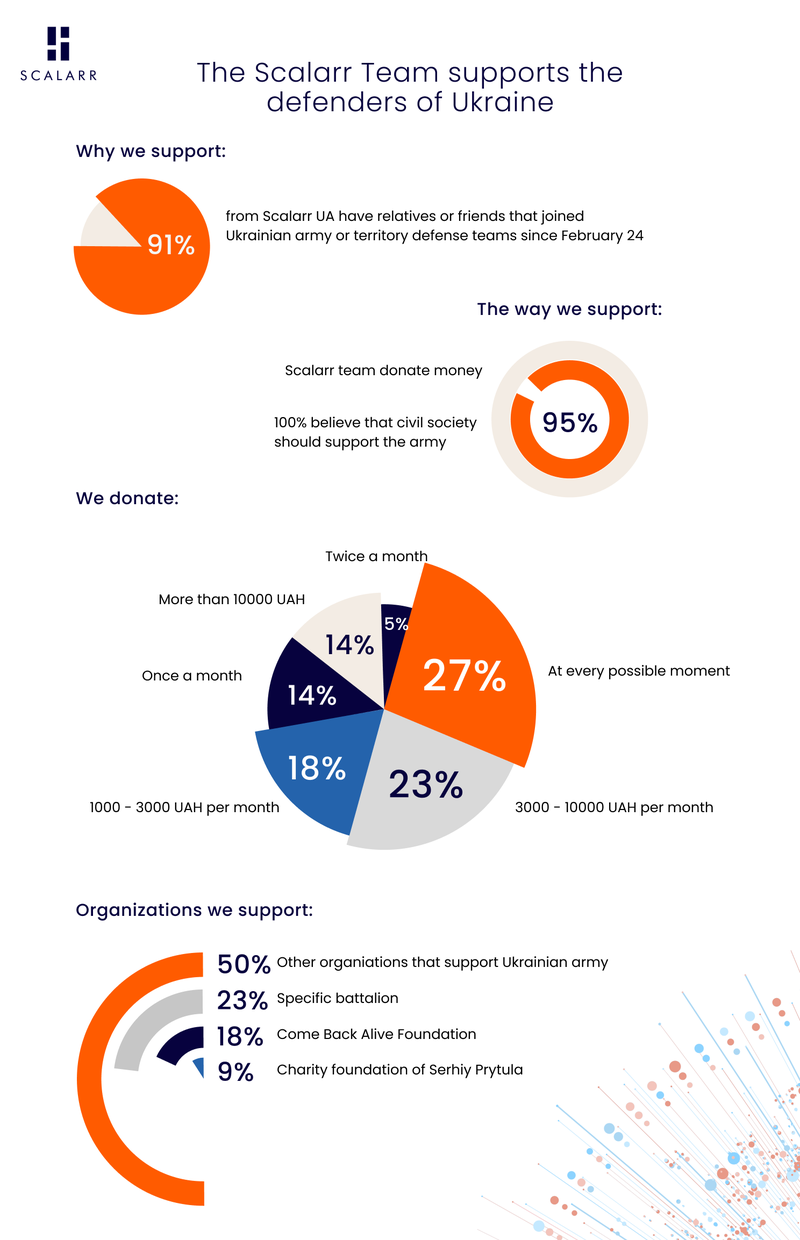 Within our team, we also see the harsh reality everyone is going through. Each person has their unique motivations to support the army. Whether it’s for freedom, their homes, families, or to end the suffering of those most affected by the war, the war takes a toll on everyone. Here are some powerful quotes from our teammates:

“First of all, my brother who is defending Ukraine now is my motivator. The more help (not only material) we can give from our side to our defenders, the faster everyone will return to their families.”

“Ukraine is my home. I am not going to give up on it and our people. I cannot stand the death of children, women and the elderly. I am going to fight for them.”

“My donation nowadays is the smallest thing that I can do to support the army because our warriors sacrifice their lives for our peace and independence. Their lives are worth more than just donations, we need to pray for each person.”

“First of all, I feel that this is my duty as a civilian to do so. It makes us closer to our goal which is the complete annihilation of the Russian troops, and the liberation of our lands and people. And the thought that warms me most of all is that each donation could help or save the life of our soldiers”

“I am motivated by the strength and resilience of our people. How our people rallied. How relentlessly and rapidly we move towards victory. And our incomparable Ukraine by itself.”

Ukrainians continue to fight relentlessly for the glorious future of Ukraine, and we believe that the strength, independence, and success of the country cannot be built without patriotism, loyalty, and love for the native land, something we see each of our employees embodies and lives by every day.

And so, on this day of remembrance of our defending heroes, let us honor the memory of every person who has fought for Ukraine and who continues to do so now.

Glory to Ukraine and Glory to our Heroes!